What is Man-Imal (promotion video)

Here are some explanations of my creation process, for a few parts of the animation.

I would like to talk about the characters. It’s not my favorite part, just because I’m not very comfortable with the character design. I’ll keep on the final design here, not the other prototypes.
The main goal was to create ‘simplistic’ characters, with not too many details and with ‘flat colors’. I was keeping in mind that those characters were going next to “After Effects” and were intended to be animated.

So here are the first faces (after some bad, and real bad design attempts).

I was trying to make, with simple shapes, different generations of faces, with different emotions, skin colors and sizes. You can say that it’s a bit stereotyped but it was deliberate.

The next step was to create several characters. At first, I was not counting how many of them would be needed (storyboard was not finished at this time), so I kept creating several faces. 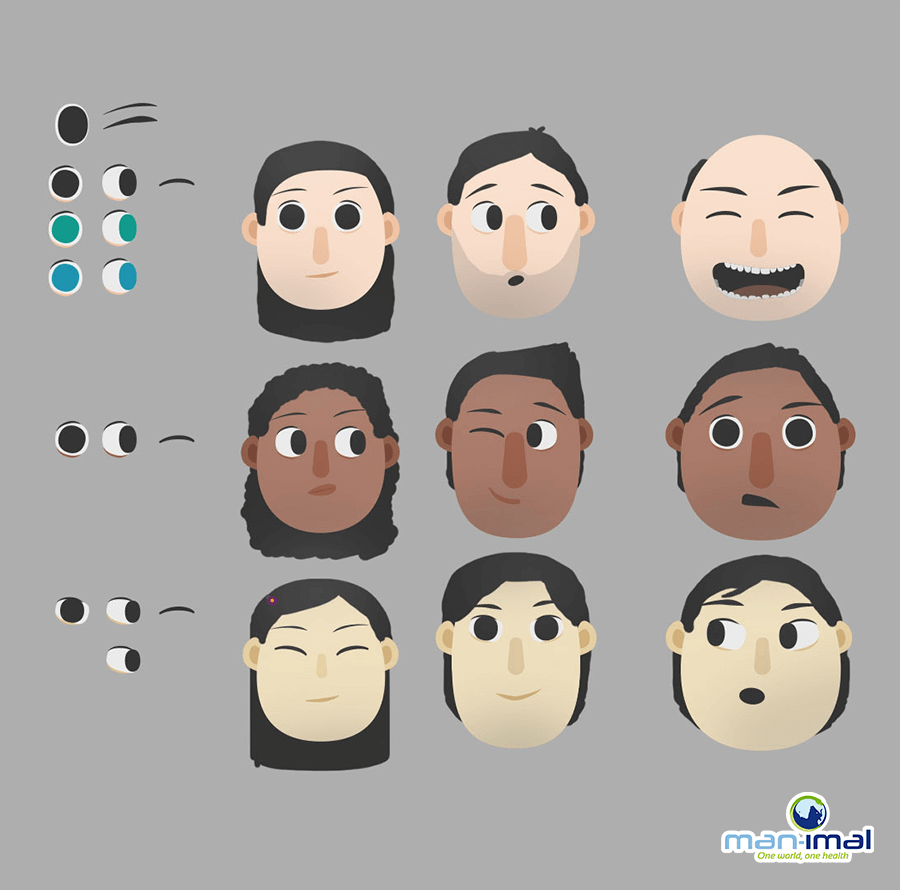 And I’ve arrived at a point where I thought I had enough of them. An important point: to create a new face, I was using some elements of the previous faces, just to keep a visual link and maybe because I’m lazy. But, during this process, I was always wondering what if one character had other eye color or a different haircut (basic questions when someone is designing, I think).

Then, the storyboard has progressed and new characters appeared. That’s where my “design process” was useful: because I was using simple shapes, I was able to use every part of a character to create another, with just changing the size, the color,  of an element. So below, you have different faces, and some of the elements used in their creation.

And here I was having my own face generator :D! Not automatic, but the idea crossed my mind… (And that’s why you will see a bit more below the characters with their costumes, with some new faces) 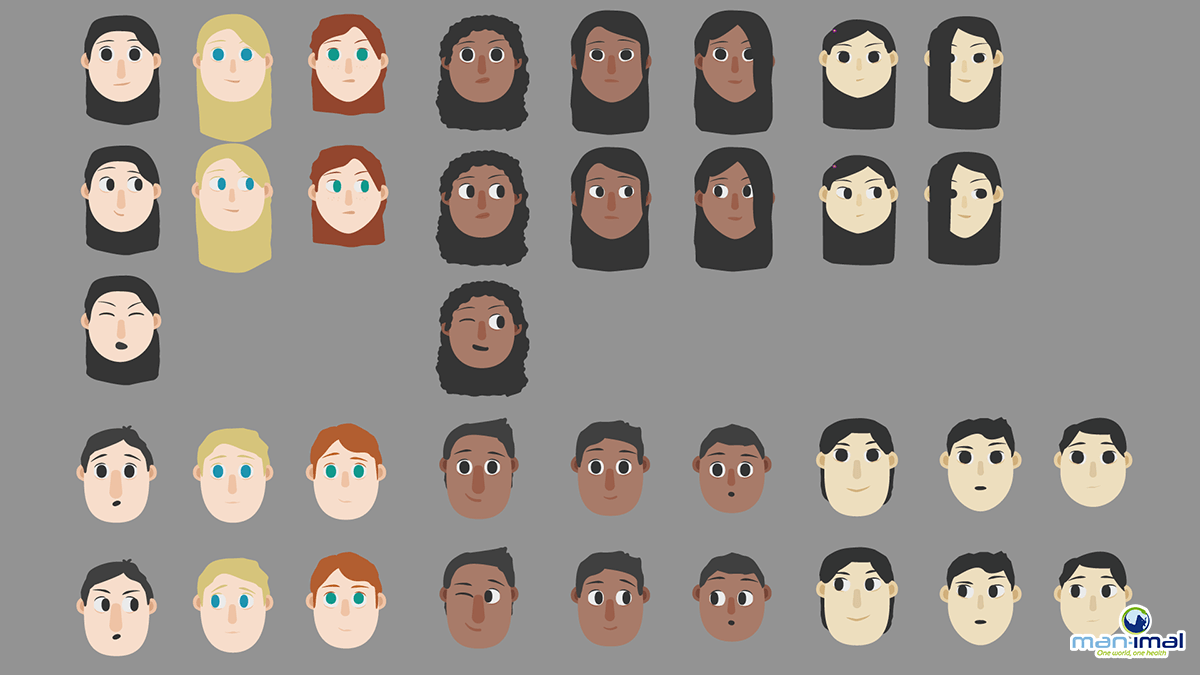 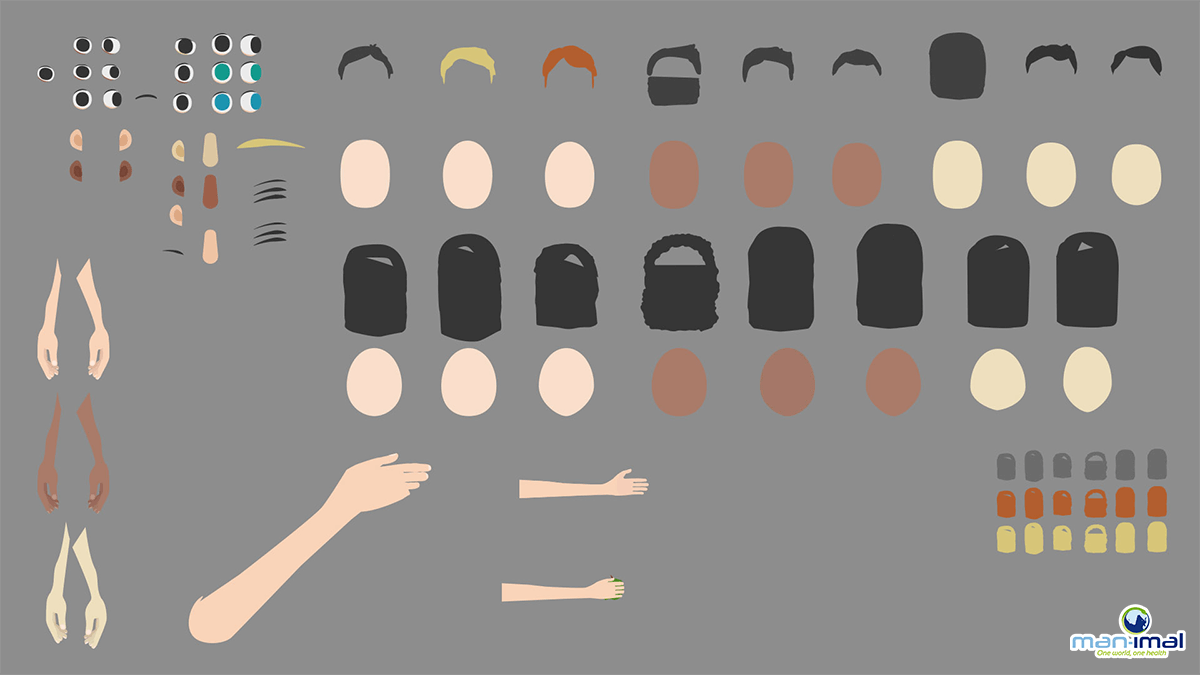 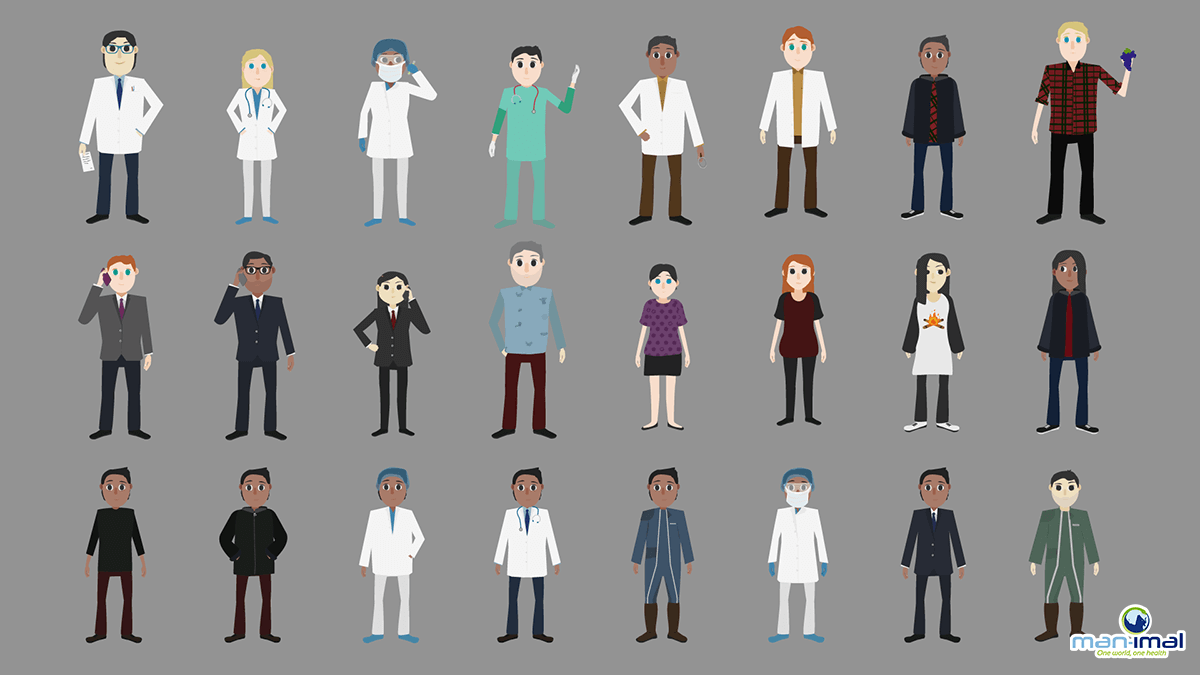 “-That’s great, you have your characters, with all those faces that YOU have to import in “After Effects” and to animate one by one.”

Hmm, not a great news… I’m not so lazy, but I’m not enjoying repeating things. Especially with those faces. I’m explaining myself:

Here, for every character, you have: the eyebrow, the pupil, the whites of the eye with the eyelashes. And you have to separate every part of every character, to import them in “After Effects” and to animate the blink, the emotions when they have one, etc.

I really hate repetition, so I’ve created some technical things on “After Effects” to simplify this process. Here are some results (and then I will explain).

To explain simply, I’ve managed every part of the eyes, to be able to be modified, like the size, the position, the colour etc.

For example, with the use of some “masks”, I was able to move the  pupil without moving out of the eye, even if it blinks (cyclic blink). And both eyes are connected, so I have no need to move every single part of each eye. Then to animate, you have to create “keyframes” to look right, look left, be suspicious, etc.

With this technique, I was also able to create several sets of eyes, by changing the eye opening, the colours, the angles.

The blinks are automatic, I don’t  have to recreate these animations over and over again for each character.

Once I’ve done that, I’ve just to import a pair of eyes on a character, to change some parameters to adapt to the character, and it’s ready to be animated.

This is what it looks in the final production.

I will not explain the “big pieces” creation process. I prefer to quickly explain small parts, like the coin animation or the flask for example. But I will do the coin.

Just to be clear, I’m not using an external software for every 3D part of the animation. I’m just using “After Effects CS6” and that’s all… And Illustrator of course.

At this moment, I’ve not tried yet to use a 3D software with “AF”. It’s my next step, because 3D on “AF-“CS6”, is a pain in the a** when it comes to creating a big scene and objects. It’s not a 3D software, there’s few tools to create 3D objects, you’ll use it mostly for the camera controller, but you have to use another software if you want to use detailed models.

And now an exception to what I’ve just said before with the coin animation :D.

Here we start with our coin concept. Keep it simple, a coin is a coin, a face on one part and something else on the other, with some text (at this moment, you know that only few, very few people will notice these details, but you add it anyway :D).

Then we come on AF. I’ve just added a mask over the coin, to add this sliced edges, this will add some “3D” effect when it will come to “3D”. It’s not so clear here, but you will see just a bit later. 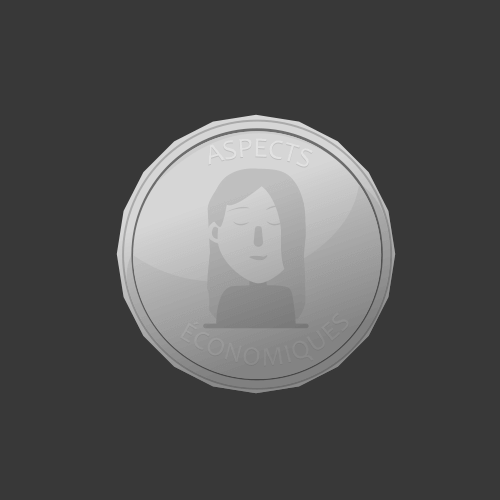 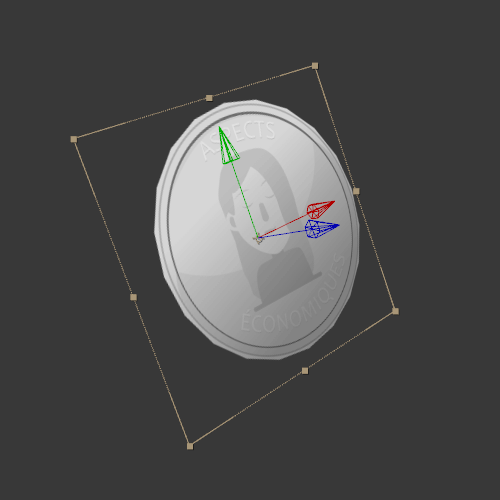 Next step is to create the animation. So just one button to click on and, oh, it’s magic, our coin is in 3D!

But it’s not enough, of course. Like every animation I’ve done until now (and I hope everyone is thinking the same thing), you have to see what a flipping coin looks like. The trick is not to perfectly re-create the motion, but to have something that looks like a flipping coin.

The key here is to play with the rotation obviously, the position and the velocity. I’m just using these three elements on the single side.

The little trick to add some realism, it’s once it hits the “table”, the coin rotates in the other way. Then there’s the part where the coin goes in circle until it stops. 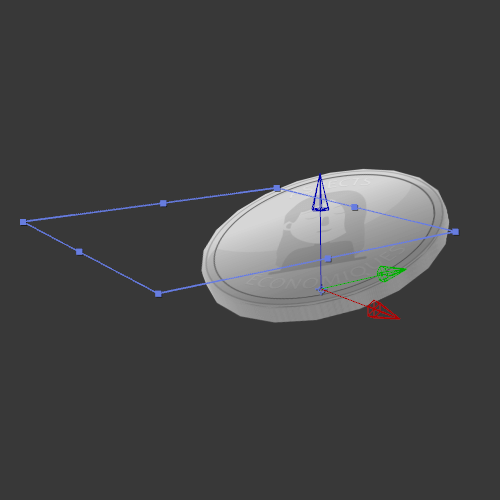 For this final step of the animation, I’m using another invisible object. The coin is linked to this object which rotate. The first coin just rotates to be flat at this end. And if you add the sound effects, you have the “perfect illusion”. (…yeah sure)

Finally, to extrude, because our coin is a bit flat at this moment, you duplicate several times the first size. It will create some volume (there’s no extrusion tool as far as I know). 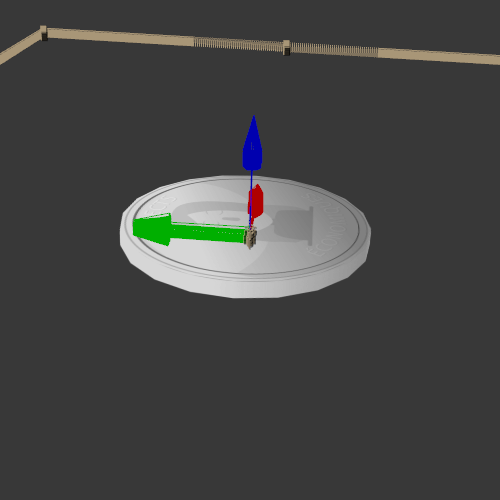 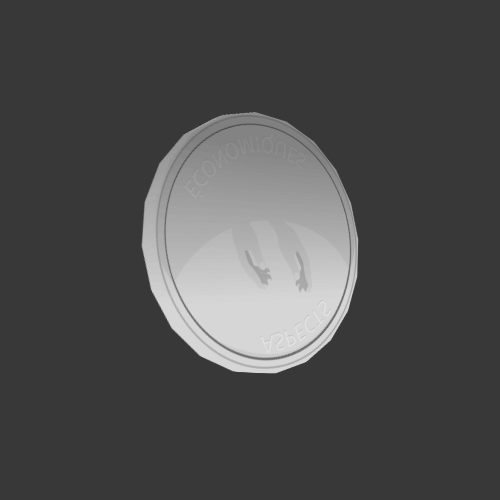 And don’t forget to change the last piece with the other side of the coin.

Lastly, I would like to finish with the basic process of the space animations. A simple example of the steps. It’s nearly what I’m doing in most scenes.

There’s a lot of things that I want to talk about, not only about animations, but also about the sound design and other parts. I’ll probably make a better page later.